In the life of a pilot 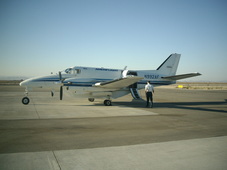 This is an option that I am very familiar with as it is the one I chosed. In my bio, I explain clearly why I followed this path and why I thought it worked for me, at the time. The programs is pretty easy to understand. The candidate pays a fee, usually around $20000 USD, and will be able to fly an airplane like a Beech 99 or 1900 for about 150 hours. It gives the pilot the opportunity to gain experience in a turbine airplane while operating in a real airline environment including going thru the specific training and fly the lines for paying customers. If you spend some time on online forums, you probably came across the subject of FO programs, and noticed that it is usually a very intense discussion between the ones for it and the ones against it. I think to be able to judge it, pilots need to make a distinction between the programs which place a candidate seating right seat in airplanes operated by a company who usually flies single pilot operation and the one that place pilots in airplanes that require two pilots, per certification. I think this is a very important point. The first one lets a low time pilot gain valuable experience in an advanced airplane ( usually turbine ) without taking the job from a pilot who would normally be hired to seat in the right seat, by the company. The second one, to which I am strongly against, is about placing a pilot in an airliner to gain experience while, not only paying for it, but also taking away the job of another potential pilot, who would be qualified, experienced and paid to do so by the airline ; to work as a crewmember. This option is taking this kind of programs too far and are contributing to lowering the pay standards, as certain airlines ( mainly abroad ) are now able to get free labor. These pilots are sometime refered to as "scabs" by other pilots. A scab is someone who is taking another pilot's job under unfair conditions. This could include a pilot working for Airline "B" and covering the flights of Airline "A" while the pilots of Airline "A" are on strike to better their lifestyle or work conditions. By doing so, management of Airline "A" does not feel pressured as much to negociate with their pilots and therefore makes it harder for them to obtain satisfaction for their requests. While I strongly disagree with labelling pilots, it is definitely the reality and some people are known to push it even further and block pilots from certains companies to jumpseat because their airline is disagreeing with the other pilot's airline management practices.
Previous : Entry level jobs